An international branding superstar, media mogul, and best-selling author — an undeniable force in the business world, named as one of Forbes “100 Greatest Living Business Minds”

She has won 18 Emmy Awards hosting TV shows like “The Apprentice”. She can currently be seen on VH1’s cooking variety show “Martha & Snoop’s Potluck Dinner Party” with her long-time friend, Snoop Dog.

At the Forum 2020, Martha will share her secrets to building powerful, world-class brands, offering attendees her advice, insights and business knowledge accrued through her fabled career as one of the world’s most innovative entrepreneurs.

Jay Leno is a comedy legend. After finding tremendous success as a stand-up comedian, he hosted NBC’s The Tonight Show for nearly 20 years.

Here’s your chance to see Jay and kick the conference off with a bang. For the first time in the history of The Financial Brand Forum, we will be giving attendees the opportunity to enjoy some live entertainment.

Register for the Forum 2020 now and get a Gold Pass, including a free ticket to see Jay’s private show opening night — Sunday, April 26th at 7:00 pm. A handful of lucky attendees will be selected to meet Jay and snap a selfie backstage after the show! But hurry, space is limited and time is running out!

Steve Young achieved fame as the record-setting quarterback for the San Francisco 49ers, where he won three Super Bowls and two MVP awards. Today, he is president and co-founder of a $2 billion venture capital firm where he makes major investments in the fintech sector.

Jerry Rice is undoubtedly the best wide receiver to ever play in the NFL. Many consider him the greatest player of all time. He holds 36 NFL records — a record in itself. His dedication, passion, meticulous preparation and work ethic are legendary.

The two former teammates will be reunited on the Forum 2020 main stage for a unique, candid, unmoderated conversation about “The Habits of Greatness”, as they share the secrets that fueled their success, the power of visualization, the principles of inspirational leadership, and how failure can drive you forward.

To learn more about why The Financial Brand put two NFL champions on the Forum 2020 agenda, read this article by the company’s CEO, Jeffry Pilcher.

Entrepreneur, best-selling author, and one of the world’s foremost experts on digital marketing

Seth Godin is the author of 19 books on branding and marketing trends, including “Purple Cow”, “Tribes”, and “This is Marketing” that all became instant bestsellers.

His marketing blog is one of the most popular in the world. Godin is a true creative force who’s pioneering work on “permission marketing” played a major factor in his 2018 induction into the Marketing Hall of Fame.

As one of the most sought-after speakers on the planet, you can’t afford to miss Seth’s powerful keynote at the Forum 2020. He’ll explain how marketing today is broken, what you need to do to build a breakthrough brand, and how everyone — not just the CEO — can engage, lead and connect.

CEO of Trend Hunter, the world’s #1 most popular trend spotting firm, New York Times bestselling author, and one of the world’s leading authorities on innovation and change management

Jeremy Gutsche is an advisor and consultant to Fortune 500 brands ranging from Victoria’s Secret and Coca-Cola to Sony and IBM, helping them accelerate innovation and take their organization to the next level.

Jeremy will arm you with big picture takeaways and practical steps in a mind-blowing keynote that will show you how to adapt to the macroeconomic forces and major trends that are reshaping banking. 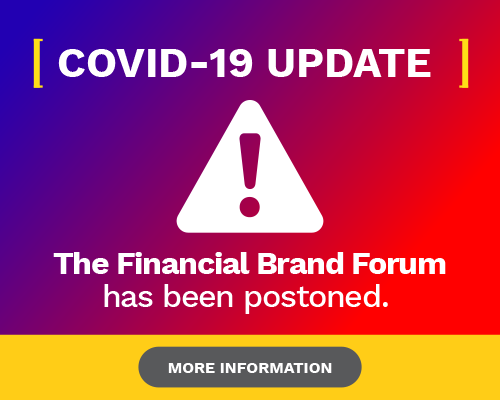