Chat with us, powered by LiveChat

Meet Omar Johnson, the former VP of Marketing at Apple and first CMO of Beats by Dre. Here’s how he turned a small headphone company into a global brand and worldwide cultural icon.

Don’t miss The Financial Brand Forum — the most elite conference on marketing, CX, and digital transformation in the banking world.

It’s hard to remember the world before Beats headphones. It’s like trying to remember what life was like before smartphones. But try…

You’ll soon realize it really wasn’t all that long ago that people were happy tapping out messages on their Blackberry keyboards while listening to music on their bleach white ear buds that came free with every iPod. At the time, they couldn’t imagine that they would ever want — much less pay for — a $1,000 iPhone and stylish headphones running another $300.

But then almost overnight, it seemed like everyone had an iPhone in their hand, and a pair of Beats on their head. From Hollywood celebrities shopping Rodeo Drive to NFL superstars walking into stadiums for pregame warmups, everyone was bobbing their heads sporting a fresh set of Beats headphones. More than just a way to tune out paparazzi, Beats became an instant fashion accessory for A-listers everywhere.

None of this would have happened had it not been for Omar Johnson. For six years, Johnson led brand development, advertising and digital marketing initiatives at Beats, helping turn the company into the multi-billion dollar global category leader it is today.

But when Johnson first started at Beats, there wasn’t much of a company to speak of. In fact, he was employee #3, and his makeshift workspace was a reclaimed storage closet.

It was a far cry from the contemporary corporate offices he had grown accustomed to through the course of his career. Before taking the CMO role at Beats, Johnson held various marketing positions at Coca-Cola, Kraft Foods, Campbell’s Soup, and Nike — all the kind of brands with glass-and-steel cathedrals for headquarters.

While working for established brands such as these has its advantages (think: “brand awareness” and “big budgets”), the corporate culture can sometimes be a bit stifling. At Beats, Johnson discovered that he loved the blank canvas he had to work with, and a limited budget just meant he would have to get more creative with marketing. With the freedom that Beats that afforded, Johnson was able to think bigger and test new strategies.

Skip ahead a few years, and Johnson is widely celebrated for his marketing accomplishments. Adweek named Johnson a “Brand Genius” in 2013, and he made Business Insider’s list of Top 50 Most Innovative CMOs in 2016.

Johnson says marketing comes down to three simple things: product, people and storytelling. He believes in keeping things real, even at the risk of being raw. He’s more likely to solicit feedback from a waitress than a boardroom of full of suits, and when he uses data, it’s usually just to validate his instincts.

This is how Johnson rewrote the rules of marketing, and why he will be appearing as one of the featured Forum X speakers at The Financial Brand Forum. To learn more about Johnson’s unique approach to brand building and marketing strategy, read his seven rules below, and be sure to catch his presentation live in person at the Forum 2020. 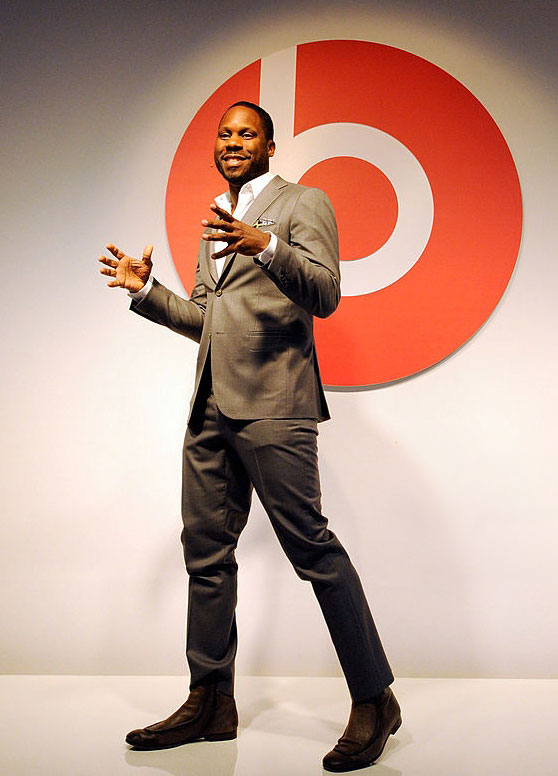 Omar Johnson Live at the Forum 2020

Omar Johnson will be one of the six Forum X speakers at The Financial Brand Forum this April. He joins an all-star lineup including Martha Stewart, Seth Godin, Steve Young with Jerry Rice, and many more. Don’t wait, the conference kicks off in just a few weeks. Register now before it’s too late!

One of Johnson’s primary rules is that “product is king.” Everyone in the company had to know about, care about and covet it. Headphones were made so special that at one point, they refused to put their products in gift bags and would only give them out hand-to-hand, eye-to-eye, he says.

Making product king also means looking for uses beyond the utility value. One way is to meet emotional needs. “I always try to find ways to have our product do things a consumer couldn’t do. How does it say something about you that you want to say about yourself? How does a product communicate your values?” he says.

Beats headphones aren’t just for listening to music; they’re about life, winning, perseverance, determination, sweat and the ability for users to write and live their own life story. Loud styles, colors and options also enable people to find their preferences and to make a statement.

While every brand strives to be authentic nowadays, true authenticity can be raw, edgy, and even go directly against all traditional marketing rules, Johnson says. “The whole concept of truth and authenticity is easy to say, and it’s in a lot of marketing decks, but so many brands are actually afraid of the truth. Truth has a little dirt on it, it’s not always clean or politically correct.”

For example, the company released in 2014 the Richard Sherman “Hear What You Want” commercial only couple of days after a controversial post-game interview. Johnson said it was to intentionally spur conversation about things people really wouldn’t address. Part of that is attributed to the fact that the founders of the company have a spirit of “raw truth” that won’t’ enable them to do anything that isn’t real.

But even if it rubs a few people the wrong way in the process, most consumers will respect that authenticity.

“We don’t force our brand on anyone. We don’t shove in a four-second product shot into an ad if it doesn’t feel right. If it’s really there, cool, but we don’t force that shot and that reflects in our content that feels very natural. I don’t think many businesses have the balls to tell these stories from a raw, authentic perspective and that’s why people are paying attention to the work.”

“Don’t think that it takes big brands to tell stories. Every company can tell a story,” he says.

Johnson’s idea of storytelling doesn’t just focus on spending money but on what he calls
“owned and earned media” based on what the company and its people say and do. That goes beyond the company’s website and social presence to the founders, what they do and their stories.

Storytelling also means enabling consumers to tell their own, Johnson says. In 2015, Beats by Dre Partnered with Universal Pictures to promote the movie Straight Outta Compton. The #StraightOutta campaign enabled consumers to create a customizable meme that enabled them to represent their own town or belief. “I think the idea was very simple. We gave consumers a tool to tell their story, very simple storytelling, led by great people,” Johnson says. 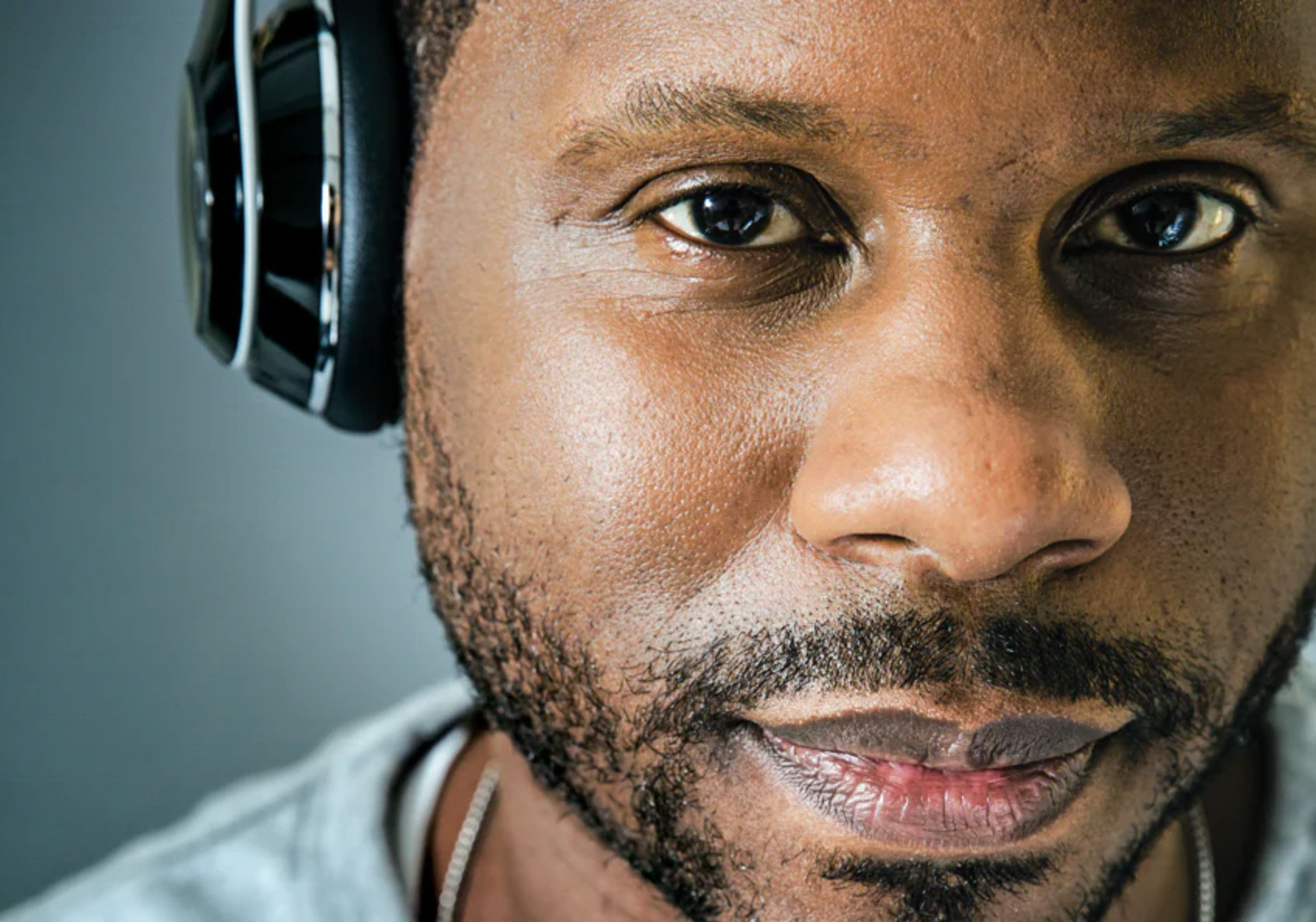 “You have to lead out front with ideas. The way you validate them and prove whether they are worth any additional investment in is with data. But I see marketers who start with data. That’s wrong. If your starting point is data, you’re looking in the past. If you’re always looking backward, how will you ever progress?”

Unlike in traditional corporate environments with big budgets, white boards and meetings, Johnson walked into Beats with little more than his laptop and expectations that he would create big ideas. The best brands are typically started by people who don’t have big degrees, big marketing pedigree and “tend not to think about the jargon and BS that comes with marketing,” Johnson says.

A bedrock of his foundation was to start with people, and a diverse mix that had insight into every race, gender, and music preference. “We had everything. And what that meant, emotionally, is that we covered the world of consumers, what consumers cared about,” he says.

Whatever it was, Beats had someone on the team who did it or liked it. “By building a team that’s diverse, you’ll start to see how it is playing out from a marketing perspective,” he says.

5. Don’t Buy Talent, Get Talent to Buy the Brand

At Beats, Johnson didn’t try to sell talent on ideas but brought forth ideas that appealed to their interests. For instance, when LeBron James re-signed with the Cleveland Cavaliers in 2016, Beats went to him with an idea for a short film and a series of video spots based on his essay in Sports Illustrated. “I’m not pitching or selling, it’s essentially just us trying to inspire him to tell a story,” Johnson explains.

Earning the respect of talent in that way not only makes it easier to get endorsements, but also saves money. “We were so effective at creating experiences and driving behavior that celebrities started to use our product for free,” he said. “You’ll see one or two things we paid for. 90% of it’s not paid for.”

Instead of spending millions to be an official sponsor at the 2012 Olympics, beats created a space called the Shoredietch House for only $400,000. Beats was able to sidestep strict Olympic rules by creating an athlete only space where it handed out hundreds of Beats headphones in their national colors.

“The most important thing you give an athlete during the Olympics is something that represents their flag. We did that, too. Athletes know our story. They repeated it, and so did the new commentators,” Johnson says.

Beats’ success against established giants like Sony and Boise came not just by selling a good product but by selling a cool lifestyle. Johnson says that the best way to market the Beats by Dre product was to “make things cool that people really wanted to watch.” The first few videos generated so much interest that artists soon began to approach them to make cool videos when their labels didn’t have the budget.

“They’re playing us their new album, giving us unreleased music, and we’re becoming that place where athletes and artists are coming to first to make cool things,” he said.

Beats has never tried to follow culture but instead to create, move and inspire it.

“A lot of companies don’t think they have the ability to move culture when they really can. Look at what Slack is doing in the marketplace. They’re moving culture, moving people from tied to inboxes to seeing what’s going on really quickly.”

That culture can only be found by being real and staying close to consumers, even when that means going against the data. While Johnson may use data to back up his instincts, or look for outliers, he’s a bigger fan of the “super old school” way of getting information – asking. Johnson is known for asking waitresses about their opinions and ordinary people more than he is other marketers.

“All too often, we walk into rooms as executives and we talk and we share and not too often do we listen,” he says. 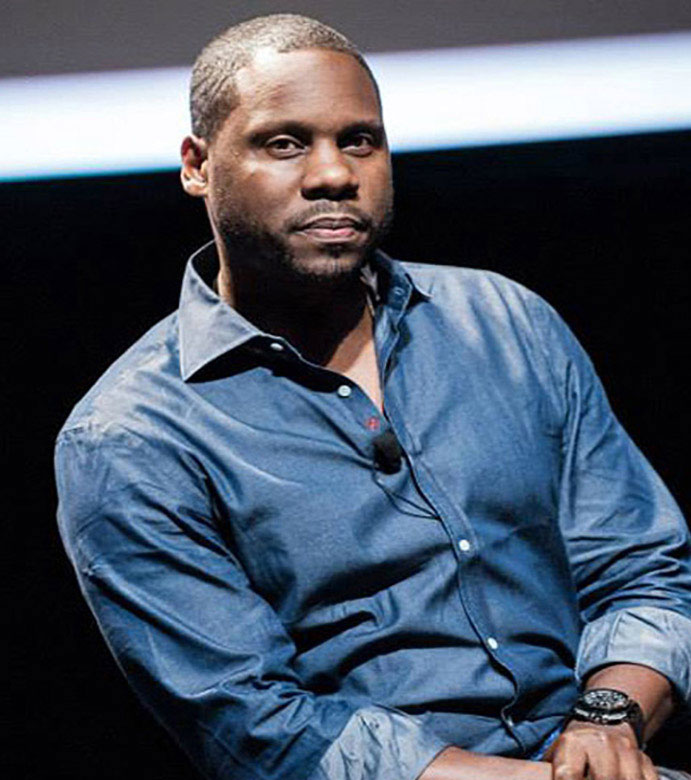 “My rule is the best idea wins. There’s no ego, politics or bullshit. We don’t care where it comes from, it could come from an intern or someone outside marketing, because that’s how you get truly breakthrough ideas.”